Bitcoin is a cryptocurrency and a worldwide payment system.It is a digital currency that is not controlled by any central authority such as a government or a bank. Miners that use specialized hardware and authority to process transactions are the ones who create bitcoins.

Right now, there are many bitcoins available and can be purchased on different sites on the internet. The miners also secure the network of the currency and collect bitcoins in exchange. People who support bitcoin have claimed that bitcoin allows safe and secure transactions across the internet. Bitcoin transactions are almost instant.

Bitcoin is the oldest cryptocurency and most highly valued, however, it has had a controversial and rocky history. Over time, it has continued to attract a fair share of high profiled supporters.

This is a global digital asset exchange company. It provides a venue where people can sell and buy digital currencies and send information about the transactions out of the blockchain so as to verify the transactions.

Digital currencies can be stored at coinbase and this gives it the properties of a wallet. At coinbase, people can exchange Ethereum, Bitcoin cash, bitcoin and litecoin and other digital assets that have fiat currencies within 32 countries. Bitcoin transactions are exceptional because they can be carried out in many other countries. Coinbase has served over 10 million customers. It has facilitated transactions of over $50 billion worth of digital currency.

You can begin a foray into a new form of investing and currency speculation with coinbase if you have the interest to trade in digital currencies but you don’t want to be bogged down in technology. At coinbase, transactions history is easy to track down because your name is attached to your account. You place trust in coinbase as an intermediary if you aren’t working on the block chain. In this case, there is nothing you can do to verify your history of your transaction.

The meaning of cryptocurrency

If you have not been paying close attention to one of the biggest trends in technology and investments then you need to understand the meaning of cryptocurrencies. These are digital currencies that use encryption techniques so as to regulate the generation of currency. They also help in verification of transfer of funds and they operate independently without any control of an external body such as a bank or government. Mining is the processof creating units of currency.

For instance, bitcoin miners will run a program on a computer so as to verify data which creates a complete history of the transaction of all bitcoins. The process is made possible by a technology known as the blockchain. The technology is used to create transactions that cannot be reversed or traced. After data verification by the miner, a reward of some digital currency is granted. You only get a reward for a currency you are mining. For example, if you are mining bitcoin, you will be rewarded with bitcoin.

There is a moment of unprecedented attention being experienced by cryptocurrencies and there are speculations for a number of reasons. Throughout 2017, the value of bitcoin has been steadily rising. Ether is seemingly poised to overtake bitcoin any time. There are speculations that if the value of cryptocurrencies stabilizes then buying Ether or Bitcoin will be a worthy venture.

Will Bitcoin be replaced by Ethereum?

If you have been following cryptocurrency keenly, probably you have heard of the term “flippening.” Bitcoin has dominated the market and has been overshadowing its competitors but there are chances that Ethereum is making quick gains on bitcoin.

The basics of flippening

This is a term used to refer to a potential case where bitcoin will switch places with another cryptocurrency. Bitcoin has the largest market share in the world of cryptocurrency but there are chances that another currency might come to take its place. New cryptocurrencies have been coming up with new technologies, partnering with big companies but flippening is not yet to take place.

Analysts see the latest wave of the drastic growth of Ethereum to be the most likely contender to take over bitcoin’s reign and sit at the top of the game. Everyone is eagerly waiting for this although unaware of the effects.

Some people suggest that once bitcoin is overtaken it may never recover again. This is because of newer and more improved cryptocurrency systems are being discovered. Some people say that bitcoin will still go on without being at the top while others say that it might fade away never to be heard again. If this happens, people who have invested in bitcoin could incur terrible losses.

Some analysts like Vinny Lingham, the Gyft co founder took it on twitter and brushed away the flippening allegations saying that Ethereum is no match to bitcoin. He said bitcoin is better money, scarce and deflationary and that Ether is inflationary, abundant and not really money. According to him, flippening makes no sense at all.

The birth of bitcoin

The pseudonym of bitcoin’s creator is Satoshi Nakamoto. He published a proof of the bitcoin concept in 2008. In 2009, the proof was published to the cryptocurrency mailing list. In 2010, Nakamoto disappeared leaving the project. Other developers continued with the work. In Jan 3, Nakamoto mined the first 50 units of bitcoin and this marked the birthday of the crypto currency.

An elusive creator of bitcoin

No one knows the true identity of the person who created bitcoin. Temple City, Calif was identified in 2014 by Newsweek to be the creator but he denied it. Craig Wright, an entrepreneur from Australia claimed to be the creator of bitcoin in 2015 although he could not produce any evidence to support the claim. The creator is estimated to have mined millions of the cryptocurrency in the early days of bitcoin and whoever Nakamoto is, he is filthy rich.

The first transaction of bitcoin

The first transaction of bitcoin was on May 22nd

Can you use bitcoin to buy things?

The answer to this question is yes, you can use bitcoin to buy stuff. Overstock.com, Newegg, Expedia and Dish are the largest businesses to ever accept bitcoin. Currently, there are many business and online shopping sites that accept bitcoin.

The federal Bureau of bitcoin

The U.S. government was one of the largest holders of bitcoin at one point. Silk Road was a darknet site where people could purchase illicit goods and services such as drugs. In 2013, the FBI shut down the site.
The FBI took over the bitcoin wallets that were being controlled by the site.
One of the wallets held 144, 000 bitcoins. This led to investors bidding on
government seized bitcoins to make a killing.

Bitcoin suffered a devastating set back after the hacking of Mt.Gox in 2014. Mt.Gox is a Japanese exchange. The hacker went away with bitcoins worth $460 million. This was the largest loss of bitcoins that has ever raised major concerns about the security of the currency.

The perspective of billionaires about bitcoin

Warren Buffet, who is perceived to be the most famous investor in the world, came out to address the currency warning people to stay away from it. He said that the idea that bitcoin has come to have a huge intrinsic value is a joke to him.

Other billionaires have also come out warning people to stay away from bitcoin. Jamie Dimon, the CEO of JP Morgan Chase said that there is no legitimate business where people create a currency from nowhere. He said that such a business cannot end well and it can get someone killed.

Not all rich folks are against bitcoin. Mark Cuban has come out to say that the value of bitcoin was inflated. Recently, he invested in a venture capital fund which backs bitcoin.

Tyler Winklevoss and Cameron are notable investors in bitcoin. They are twins. The two once sued Mark Zuckerberg as they claimed that Facebook was based on their idea. In 2013, they bought $11 million worth bitcoins. The twins were declared the first bitcoin billionaires when the value of bitcoin reached more than $11000. The twins have petitioned the SEC to set
up a bitcoin, exchange-traded fund but the agency rejected the idea. Erik Finman, when he was 14 years invested $1000 into the cryptocurrency and he is currently a millionaire.

The Fidelity Investments, in August 2017 became a rare standout among financial institutions and embraced bitcoin. It also embraced other cryptocurrencies. The company has allowed clients to use their website to view their bitcoin holdings that are held through coinbase.

By the end of November 2017, the value of one unit of bitcoin reached $10000. This caused a red alarm among economists who are apprehensive of the volatility of the currency and signs that it could be a price bubble. The rise of bitcoin is due to its demand and the surging popularity. Economists have a hard time to pinpoint where its value exactly lies.

There is another way people can invest in bitcoin without actually processing some of the currency. Some people argue that this will help to stabilize the wild price fluctuations of bitcoin. Investors can now trade on the New York Stock Exchange with bitcoins.

Coinbase allows users to buy, sell and accept bitcoin. All you need to do is to connect your bank account to Coinbase so that you can buy and sell bitcoin. You can send to anyone across the world the same way you send email. You can create a coinbase digital wallet for free and get coinbase bonus. This is $10 worth of bitcoin through the referral program by coinbase for each user you refer. It can only be earned if the referred user buys $100
of bitcoin or more.

Both new and current coinbase users can earn free bitcoin from the referral program. When a user of coinbase refers to a new user, both the new user and the current user will earn $10 of bitcoin in case the new user
buys $100 of bitcoin or more.

New users of coinbase can sign up through a coinbase referral link if they want to participate in the referral program. You need to add your phone number and verify your bank account when you sign up for the referral program. Once you become a member, you can refer to as many users as you can because there is no restriction to this.

The coinbase bonuses are only paid if the new user verifies their account by adding a bank account and number.

The co-founder of Coinbase Fred Ehrsam has declared Ethereum the digital currency of the future. He said that the cryptocurrency has the potential to topple bitcoin and become the leading cryptocurrency.

He said that Ethereum has decentralized virtual machine that can handle smart contracts. Ehrsam supports both Ethereum and bitcoin as he does not say that bitcoin doesn’t have a future. He made it clear that this should not be seen as a contest between the two cryptocurrencies and that Coinbase is there to support them both.

Coinbase is one of the most influential and the largest bitcoin exchanges and provides wallet services. It is also one of the most trusted exchangers and it is the first regulated cryptocurrency exchange in the US. The company said that it will begin trading ether which is a digital currency. Coinbase sees the value of the smart contract focused blockchain.
Ether has been listed by other online exchangers. 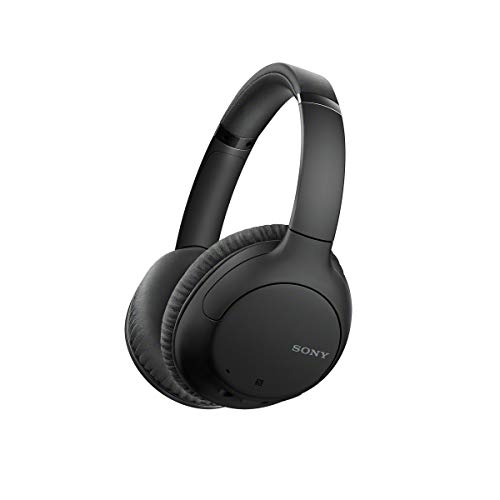 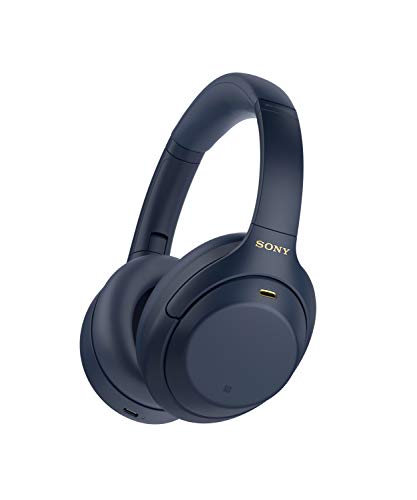 Contents hide
1 What is bitcoin?
2 What is Coinbase?
3 The meaning of cryptocurrency
4 Will Bitcoin be replaced by Ethereum?
5 The basics of flippening
6 Possible consequences of flippening
7 The birth of bitcoin
8 An elusive creator of bitcoin
9 The first transaction of bitcoin
10 Can you use bitcoin to buy things?
11 The federal Bureau of bitcoin
12 Bitcoin’s setback
13 The perspective of billionaires about bitcoin
14 Support from big financial institutions
15 Bitcoin’s hard fork
16 Increasing bitcoin value
17 Bitcoin traded publicly
18 Abut coinbase digital wallet
19 Coinbase bonuses
20 Coinbase sees Ethereum Potential